A Belt Conveyor is the carrying medium of a Conveyor Belt System (often shortened to belt conveyor). A belt conveyor system is one of many types of conveyor systems. A belt conveyor system consists of two or more pulleys (sometimes referred to as drums), with an endless loop of carrying mediumâthe conveyor beltâthat rotates about them. One or both of the pulleys are powered, moving the belt and the material on the belt forward. The powered pulley is called the drive pulley while the unpowered pulley is called the idler pulley. There are two main industrial classes of belt conveyors; Those in general material handling such as those moving boxes along inside a factory and bulk material handling such as those used to transport large volumes of resources and agricultural materials, such as grain, salt, coal, ore, sand, overburden and more.

Point of contact between a power transmission belt and its pulley. A conveyor belt uses a wide belt and pulleys and is supported by rollers or a flat pan along its path.These conveyor structures contain belts for moving bulk sulfur from railcars to storage piles and from the piles to ships. 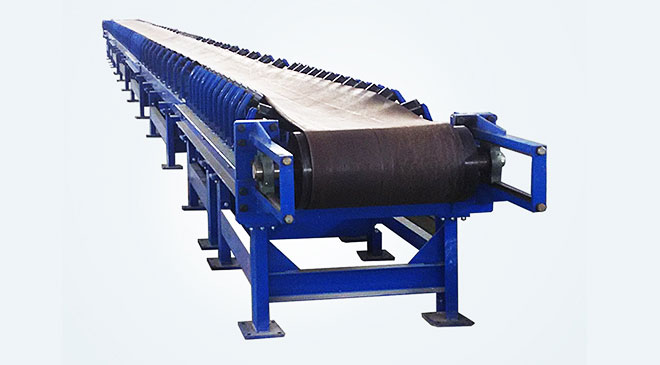 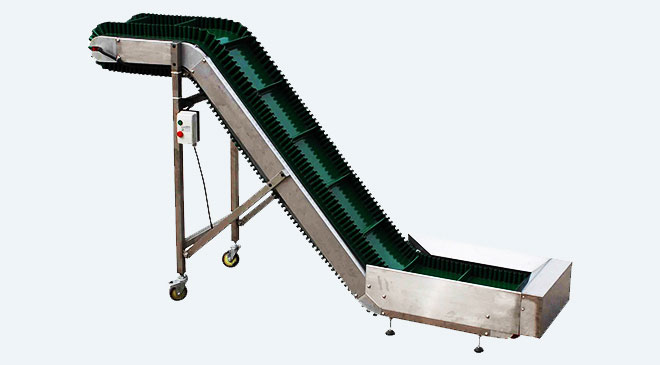